Our scientists are conducting some of the most impactful rainforest research in the world.

From our base in Borneo’s Danum Valley, we work in close collaboration with leading international universities and local partners to facilitate research by individual scientists and manage a suite of large-scale field experiments.

Over the last 30 years, SEARRP scientists have made a seminal contribution to our understanding of rainforests, their conservation, restoration, and sustainable management. Our mission is to train and mentor the next generation of scientists and conservation leaders, and inform policy and best practice at local, regional and global levels. 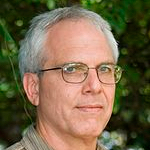 Support UsResearch With Us

Sabah, Malaysian Borneo, is one of the most biodiverse places on earth. Its mosaic of land uses, from untouched forest to oil palm plantations, offers a unique and timely opportunity for research.

Through our long-term and collaborative projects in Sabah, SEARRP scientists are able to address the key issues of habitat restoration and sustainable plantation management, with findings applicable across the South East Asian tropics.

MORE ON OUR LOCATION

“I have filmed in the Danum Valley on Borneo on several occasions and it’s one of the most important ecosystems to protect and study.”
Sir David Attenborough

Rainforests contain more than half of the planet’s animal and plant species, and support the livelihoods of over one billion people. They also play a critical role in stabilising the earth’s climate and atmosphere and maintaining the water cycle — massive global issues that impact all of us.

Tropical rainforests are home to the greatest number of plant and animal species found on Earth. Covering only 5% of the planet’s surface, these forests house close to 50% of global biodiversity.

Often referred to as the “lungs of the world,” the rainforest canopy acts as a living interface between the earth’s biosphere and atmosphere. Tropical forests store immense quantities of carbon, and have the potential to play a major role in mitigating climate change.

Some 500 million people live in tropical forests, and they are essential to the livelihoods of a further one billion people, including about half of the world’s very poor.