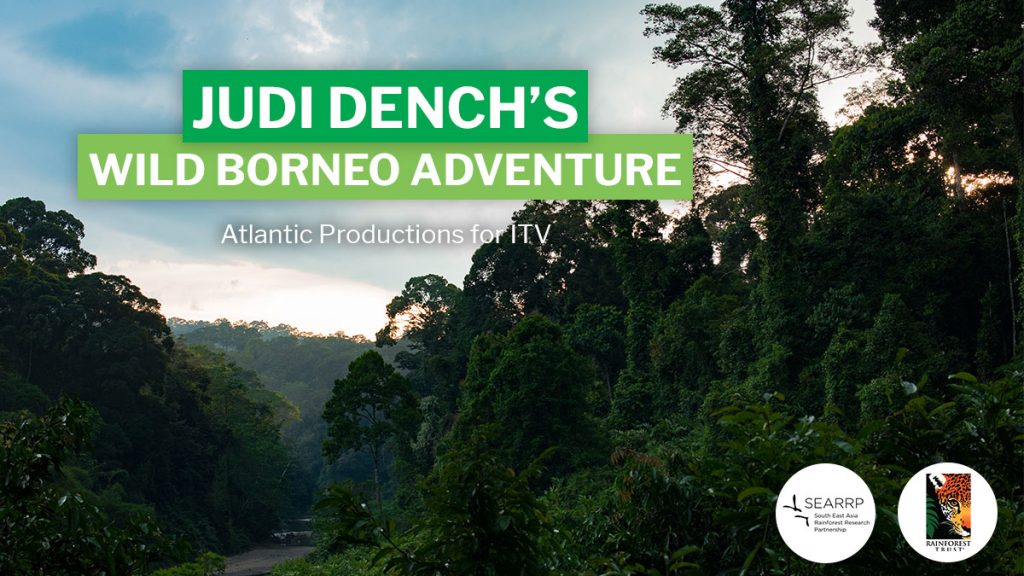 The June 21st 2019 screening of Dame Judi Dench’s Wild Borneo Adventure – which was held in support of SEARRP – proved to be a fantastic evening, one that we were incredibly excited to have been a part of. The journey began when Dame Judi and her ‘chap’, the conservationist David Mills, made the trip to Sabah, Malaysian Borneo earlier in the year to shoot this two-part series with Atlantic Productions and ITV. During their stay, Judi and David worked with a number of SEARRP scientists and staff (Eleanor Slade, Greg Asner, Jed Brodie, Tom Fayle, Chien Lee, Unding Jami and our Director Glen Reynolds) who showed her the wonderful, and sometimes weird, flora and fauna of the rainforest and outlined the science which SEARRP is supporting to protect these incredible forests. Judi and David were the perfect students; asking insightful questions, they were clearly enthralled by the forest and all the species they saw, from the iconic orang utan, to foot-long stick insects, hornbills and – of particular fascination to Judi – the dung beetles. The rainforests of Borneo have the highest canopy in the tropics – to which Judi and David can now attest having climbed one of its tallest trees!

It was with great anticipation that the SEARRP team travelled to London in late June for a public screening of the series, intended to help raise awareness and funding for our Programme.  The event was held at the historic Royal Geographical Society, a perfect venue for showcasing the importance of science, exploration and conservation. The event started with a drinks reception, after which the first episode in the series was shown. In the episode, which featured Danum Valley, Judi and David explored the connection between animals and their environment, and their personal experiences with these animals were truly special; from incredible mammals such as Orang-Utans, Sun Bears & Pygmy Elephants going about their daily lives in the forest, to the bizarre and secretive life of dung-beetles and other fascinating insects.  But there was also an important conservation message that was conveyed; during the helicopter flight into Danum Judi witnessed first-hand the devastating impacts of land-use and climate change –  but also the majesty of its remaining pristine forests. It was this flight which initially captivated Judi and underscored to her the pressing need to conserving these beautiful, crucially important and yet fragile and desperately threatened habitats.

When the lights came back up there was a moment of silence in the auditorium; the audience seemed captivated and genuinely touched by sharing the experience of exploring the wilds of Borneo. And they were not alone; Judi wiped away tears before she and David, were welcomed to the stage for the scheduled Question and Answer portion of the evening. This is where their experience in Borneo, and the true impact that it had on them, really came to life. Together, with Anthony Geffen (the Executive Producer of the documentary and a SEARRP Trustee) and Glen, they explained the beauty and awe that they felt in the rainforests of Borneo, and their genuine commitment to their conservation. Judi was deeply impressed by the research that SEARRP facilitates and the commitment of its scientists and staff. To the delight of the audience, and particularly SEARRP, Judi announced that she and David were determined to remain engaged with our work – and had agreed to become ambassadors of SEARRP. It goes without saying that all of us – our staff, trustees and scientists – are absolutely thrilled to have their support and we are looking forward to working with Judi and David long into the future. 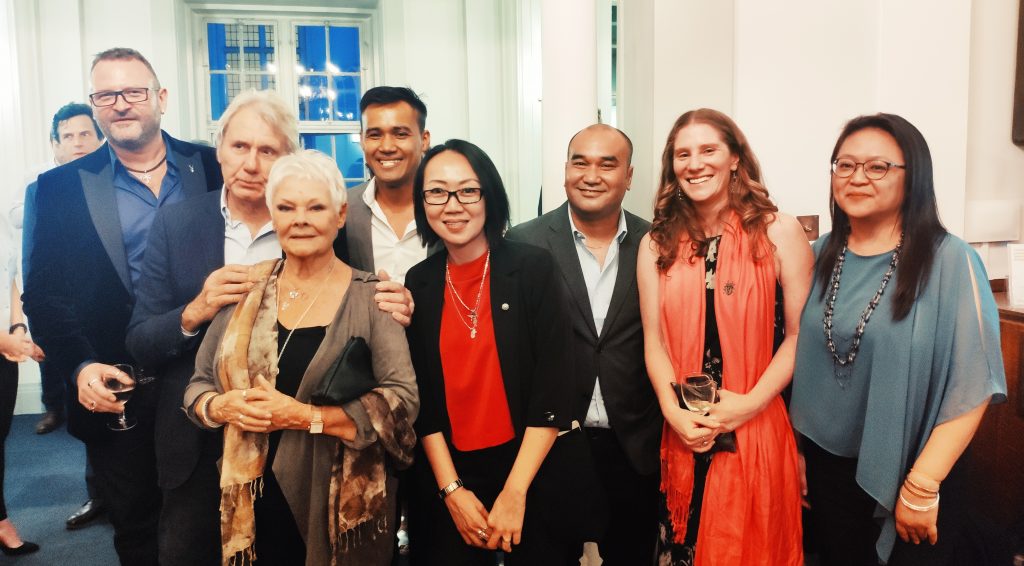